The first month of the year was quite quiet. We spent the first couple of weeks we were doing flat work again. I also had winter holidays, so the first week I was not riding, as my parents took me to Jasterzebia Gora near the Baltic Sea. There was a lot of snow falling, but I was truly missing my little Cherry.

After week of relaxing I came back home and began working hard on jumping and control.

The last weekend of January there was a show in Aromer, so we decided to go there and compete, a bit lower classes to begin the season. First was 1.10m and this round was quite crazy for us… Cherry was very eager to jump and was speeding up. The 1.20m class was much better! I had more control and Cherry was jumping great!! 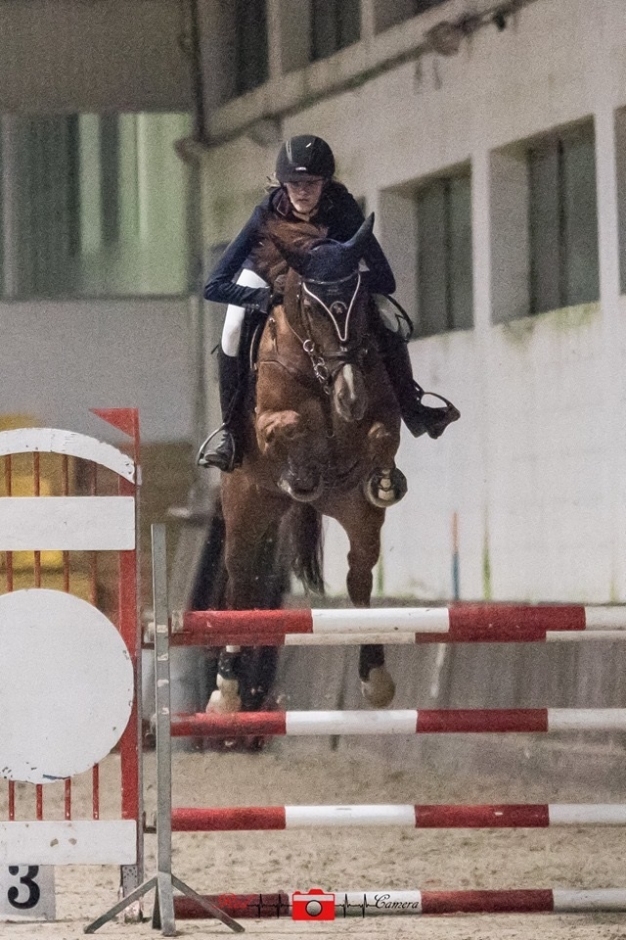 The last days of January we were working mostly on dressage and we were doing small jumps as the first days of February will bring us first National Show 2*, our first Small Round! Can’t wait!!