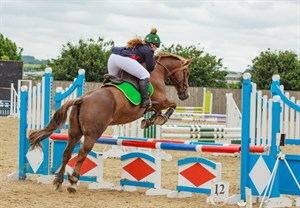 June has been a hectic month!! There has been so much going on in my personal life but the future is looking very bright! To kick things off I left my old job in search for bigger things! I have decided it is time to hang up my muddy yard boots, for a multitude of reasons, however I didn’t want to lose my equestrian roots! Lady luck was on my side, as I have been offered a new job at Atlantic Equine Ltd/Online Equine, based in Daventry. All the benefits of the horses but from an office! I’m now assistant manager and work specifically with the hooves! It’s all very interesting, and I’ve been introduced to a whole new world of shoes and hoof boots! …Who knew there were so many!!! Along with the madness of my career change I have had to move house, including moving Gigi! This has presented challenges of its own but we have battled our way through and now everything seems to be falling into place quite nicely! 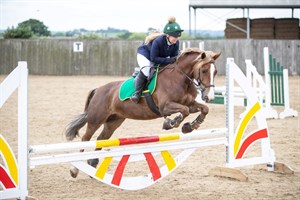 Just before I left my post at Stoneacre Equestrian, I managed to squeeze in a show jumping outing with the girls there! We attended a show jumping UK competition held at Onley Grounds Equestrian Complex. The weather was very hot and the courses were nicely challenging! The event was very busy, but we managed to fit in two classes and come home with 3rd and 4th placings! Gigi strutted her stuff and looked stunning per usual in all of her Likit kit! My dad was there, taking photos and showering Gigi in Likit goodies throughout the day, my friends did amazing with us, overall it was definitely an amazing way to the end of an era! From there it was time to move Gigi away from Stoneacre, some of my lovely friends took Gigi under their wing, offering her a field and companionship of their tiny Shetland, Anna! It’s been so refreshing to enjoy riding Gigi around the copious amounts of hacking; however, with this never-ending heat-wave I can safely say I am missing the use of an arena and my lorry! Gigi has been playing with her Snak-a-Ball insane amounts this month; she is currently on restricted grazing to avoid weight gain. She has also taken so much of a liking to Anna, they enjoy rolling the ball to and forth one another, under the fencing! Sadly, for Gigi and Anna, Gigi is due to move to a new yard in the next couple of weeks, meaning they will have to part ways. I think Gigi will be leaving Anna a present in the form of a Snak-a-Ball to remember her by! 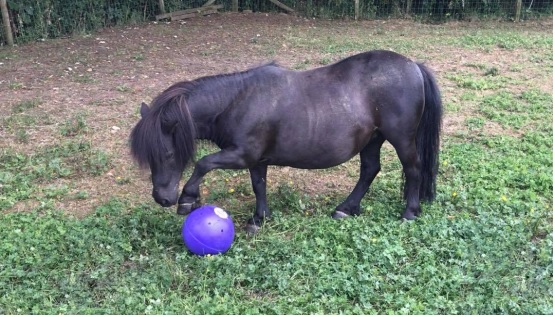 I took on a personal challenge during July; my amazing friends looked after Gigi for me while I travelled to Snowdonia, Wales. While away for a long weekend, I got to relax and unwind, since taking on the yard I hadn’t been away for more than a night, even then if I was staying away it was usually something equine related! It was so nice to have a break! On my adventure I went trampolining in a cavern (Bounce Below); this was such a weird experience but so much fun! Then on the second day I took on the challenge of climbing to the summit of Mt. Snowdon! I was well prepared for the journey after spending much time in the gym with Ben Stewart Fitness and Therapy. I’ve been working on my own fitness for a while to help progression in my riding and ultimately for Gigi’s welfare! Ben accompanied me on my climb up Snowdon, of course it wouldn’t have been complete without a selfie at the summit! I can safely say I’m so shocked at how much my fitness has improved since last year. We completed the climb to the summit and back down in 4hrs (the average is 6hrs). The other days away were spent exploring castles and some local towns, before heading back to Northampton. 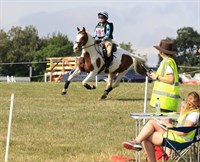 This month also brought around some more voluntary work with the BRC; I attended Swalcliffe Park on the Saturday as an official fence judge for the 100 and 100+ classes! My friend Harriet and I were based at one of the water complexes and were in for an eventful day! I met some amazing people and watched some incredible riding. The elements I could see (Jumps 15a+b and 16a) were so technical, I love to go fence judging, especially when you get to witness a combination like that. There were so many riding styles that passed through, some were good and others struggled but I always find fence judging is a great way to learn how to tackle certain elements and combinations. It’s also really fascinating to see how differently people ride exactly the same obstacle! 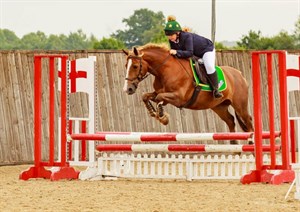 I have been able to get the use of my lorry back recently too! Meaning I got to take my furry friend on a spontaneous outing to Onley Grounds Equestrian Complex for their show jumping UK competition. Gigi has been keeping fit doing lots of long hacks but I was a bit concerned with her fitness as we haven’t done much in terms of fast work; due to the ground being rock hard. Nevertheless, Gigi always surprises me with how well she takes things in her stride (more than likely my bribe of giving her a Likit mountain)! In the end we only entered one class, the class ran for over 3 hours, by the end it was clear Gigi was very tired as she was falling asleep on my dad!!! I’m absolutely ecstatic with Gigi’s performance as we rode a double clear to take home 1st place! I really took on board my errors from our previous show jumping outing, where I took a couple poles on technical elements, clearly showing how much better of an outcome we have when I concentrate on which approach is best for G. This win also means she has qualified for The Great Midlands Horse Show 2018! 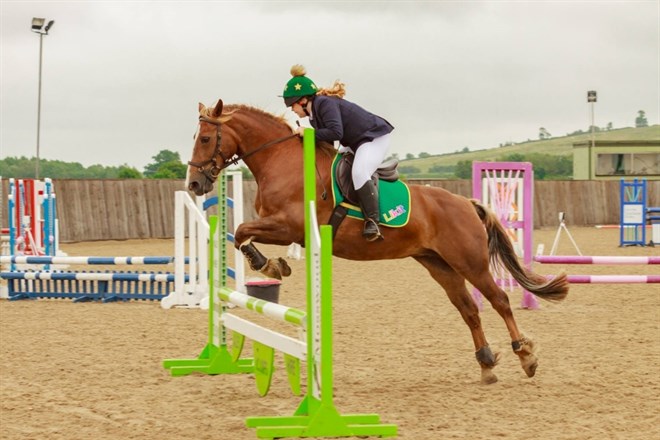