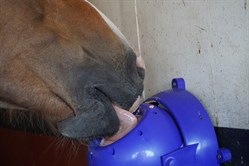 Moving Gigi went really well, she settled very quickly into our new yard. For a while she was in quarantine, in a small paddock. During this time G had her Snak-A-Ball to keep her entertained. While she could see some other horses, she needed a distraction to keep her from pacing, especially as the small paddock was lacking grass, I was able to trickle feed her some extra nuts throughout the day. Next was the task of decorating Gigi’s stable! I put up all her Likit toys in various places, made her up a nice, big shavings bed and had a good de-cobweb. Her name plaque went up on the door and her tongue twister went up on the wall for the final finishing touches!

Gigi was due to move into a bigger field, with her new playmate Charli, however on the day, she bolted her food and suffered from choke. Not something I want to witness again. I have seen choke in the past and thankfully I have my amazing vet on speed dial! He was able to talk me through what I needed to do in order to make Gigi more comfortable. Her choke lasted for almost an hour but we managed to resolve it and then Gigi had to go onto starvation for a few hours while the muscles in her neck were in a state of spasm. Gigi was soon back to her usual self and able to move into her new field with her new friend. Phew!

I have been focusing on Gigi’s fitness, she has done a lot of long hacks recently but I have been unable to do much fast work due to the hard ground conditions. She has surprised me with how fit she actually is and it has been very refreshing to jump her in the ménage. Gigi feels amazing at the moment! No one at the new yard was able to guess how old she is; none of them thought she could possibly be rising 19! I decided I wanted to enter her into some hunter trials; unfortunately some have been cancelled due to the ground conditions, after the dry spell caused huge cracks to form. I have been pushing myself and Gigi’s training as I want to continue to improve. I posted a poll on my Instagram account this month to see what my follower’s views were on rider fitness, and if they thought that fitness would benefit their horses! I was shocked that 26% of everyone who took part believed it didn’t matter!! I’m glad that the majority did believe in rider fitness benefitting their animals! It’s also been so interesting to find out what everyone does to keep fit outside of riding! I have been focusing on my running to improve my cardio so that I don’t tire quickly on the cross country course! I completed my first park 5k run, which felt amazing!

Gigi had a trip out to Aston Le Walls with my friend Millie and her pony Kash. We have been practicing for a hunter trial (Millie’s first, so Gigi is playing nanny!). We have entered the pair’s class and I will go on to do the individual afterwards. Hiring the arena cross country at Aston, allowed us to assess Kash and Gigi’s way of going, who is best in the lead, who had the most control and who was most likely to run clear. This training session turned out to be very insightful as we found Kash was much better in the front and I could guide Millie from behind whilst holding Gigi back and following. Although I may need to replace Gigi’s snaffle with her Kimblewick (her usual XC bit) if I want to keep my arms attached to my body! 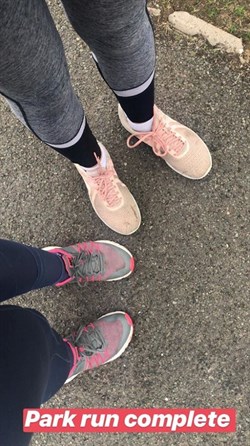 The hunter trial came round very quickly; it was so exciting to be entered in a pair class as I don’t do them very often! Millie was so excited but nervous of what was about to come! We had walked the course the day prior and chatted though the best action plan, come up with tactics to make the ride as smooth as possible and get a feel for the terrain. In the lead was Millie riding Kash and I followed behind on Gigi! We had such a good run to come 7th in a busy class, personally I think this is amazing for Millie’s first ever and I was so proud to be able to support her around the challenging course! I also entered Gigi into the individual section, we had an amazing run! Gigi flew round, clearing every jump without hesitation, all in her snaffle!!! I’m so proud of how far we have come, now I don’t need her Kimblewick out on the cross country and she really listens to everything I’m asking of her! We placed 3rd which means we have qualified for the Horseware Hunter Trial Championships at Eland Lodge!! I’m so excited to attend the championships, we had a blast last year and it’s definitely worth the long drive! Both ponies were thoroughly spoilt after their classes! We treated them with their favourite on the go snacks! For Gigi this was copious amounts of Stud Muffins and for Kash… we showered him in Mint and Eucalyptus Snaks! Its super important to me to treat the horses after a good ride, positive re-enforcement has the best results, so providing the horses with their favourite treats lets them know how well they did and makes them want to perform well, time and time again! 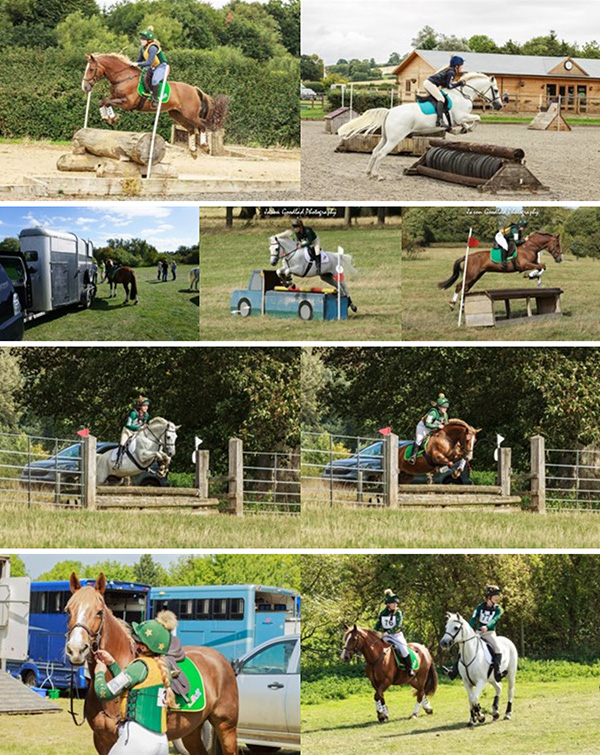